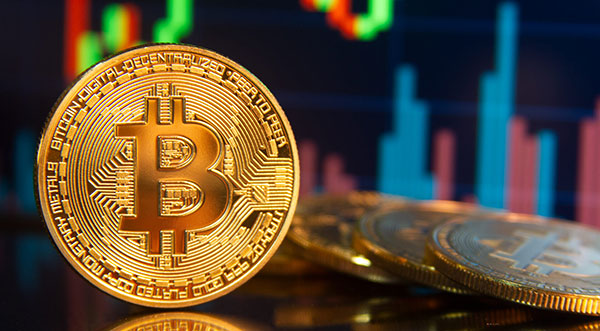 Most of us remember Bitcoin’s crazy upsurge in 2017, when its price jumped by over 2,000 percent, going from about $1,000 at the start of the year to nearly $20,000 by December. This dramatic shift, along with many success stories of ordinary people becoming millionaires overnight, has generated immense interest in the digital currency. Cryptocurrencies have remained in the spotlight since 2017, and much discussion has centered on what the relatively new form of monetary transactions could mean for the future.

Although around 4 percent of the world’s population, which is about 300 million people, currently use cryptocurrencies in some shape or form, many are unfamiliar with the technology that is the foundation for cryptocurrencies like bitcoin: blockchain. In essence, blockchain is a ledger that records and tracks transactions in a decentralized network. It has many applications in the finance industry, such as increasing transaction security and accountability.

Deloitte’s 2018 global blockchain survey reported that 74 percent of 1,053 finance executives from across seven different countries believe that integrating blockchain technology poses a “compelling business case” for their companies. Therefore, it is unsurprising that blockchain in financial services and banking market size is expected to grow from $1.17 billion in 2021 to $1.89 billion in 2022 at a compound annual growth rate of 61.9 percent, and to a tremendous projection of $12.39 billion in 2026 according to The Business Research Company.

But what exactly can blockchain provide that warrants this dramatic growth? What enticed behemoths like JP Morgan, Visa, Mastercard, and Deloitte to integrate blockchain into their services?

Simply put, the technology offers a faster, streamlined method of processing transactions, in which the number of time-consuming handoffs, data entries, and reconciliations is greatly reduced. The time required for banks to facilitate transactions in addition to regulatory checks can be shortened with blockchain’s ability to validate transactions and update records for all parties in the decentralized network.

According to the Federal Reserve Bank of Chicago, physical assets such as real estate, stock certificates, and gold require individualized verification every time they are traded. However, by synchronizing these assets into digital form, these steps are essentially removed through automatic recordkeeping in the ledger every time a digital asset is traded.

This revolutionary approach to the transaction process not only provides a higher degree of efficiency, but it also simultaneously reduces fraud through utilizing Peer-to-Peer networking. Instead of storing data in a central network, this component of blockchain allows for the establishment of equal permissions and responsibilities for processing data, meaning that all parties involved can see and verify whether data entries have been tampered with.

Another major force against fraudulent transactions is the employment of smart contracts, secure application software intended to automatically execute events or actions that were mutually set in the terms of the contract. Smart contracts are designed to be tamper-proof, and their use can effectively eliminate hacking and manipulation by malicious third parties.

Over the course of the next decade, blockchain will also help banks and other financial institutions save billions of dollars in settlement costs. Jupiter Research predicts that banks will be able to save up to $27 billion on cross-border settlement transactions by 2030, lowering costs by about 11 percent.

In addition to greatly reducing settlement costs, blockchain’s efficient record and confirmation system can also substantially reduce the settlement periods— the lag time between execution and fulfillment of a trade.

With these certain advantages, it is no surprise that major US banks are starting to integrate blockchain into their operations. One big player is JP Morgan Chase. During the 2020 business cycle, they released their native cryptocurrency, JPM Coin. The coin shows promise for the future of cryptocurrencies in the financial sector, as it is being used to help instantly transfer funds for clients, process settlements at a faster rate, and be used for commercial use.

However, the US is not the only country that sees the potential of blockchain. China, for instance, has developed a digital yuan that integrates blockchain and cryptography technology. According to Chang Jia,

founder of Bytom (a company that manages the exchanges of crypto assets), this digital yuan has been introduced “in several first-tier cities in China.” He even goes on to boldly claim that China’s national digital currency, DCEP, is “already serving the national economy and the people’s livelihood.” Other countries such as the United Kingdom, South Africa, and the Netherlands are not far behind in experimenting with state-sanctioned digital currencies.

Beyond finance, blockchain technology holds significance in the future of other industries. For example, the law sector is beginning to use the distributed ledger to create smart contracts for legal purposes. It is also being used to permit and verify evidence, especially in the criminal justice system.

The real estate sector benefits as well, since the tracking and buying of real estate can be improved through sharing digital tokens. Furthermore, blockchain’s tracking and accounting of goods throughout their lifecycle allows for traceability and transparency for companies, as well as economic sustainability.

Regardless of industry, blockchain seems to have secured its role in the future of human advancement. Especially in the financial world, the technology serves as the driving force for steering toward digital finance.

Nonetheless, witnessing its emergence across the world signifies the widespread recognition and excitement on where and whether there are limits to its capacity.